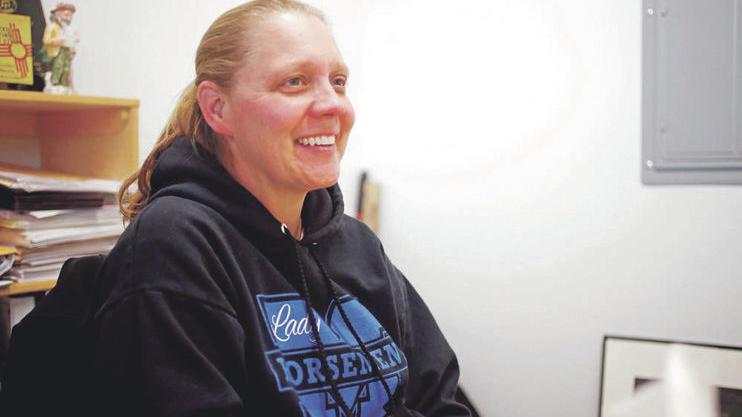 A recently retired Santa Fe police lieutenant has filed a lawsuit accusing the city of breaking the law by refusing to produce records related to misconduct complaints against officers.

Michele Williams — who was the highest-ranking female officer at the Santa Fe Police Department when she retired in late November — says in a lawsuit filed Tuesday in state District Court that when she requested the complaints and the results of investigations into them, the city only produced some of the records.

She knew the records weren’t complete because of her familiarity with the internal workings of the department, according to her lawsuit — she herself has been the subject of an internal investigation. But the city’s records custodian didn’t say which records the city was withholding or why.

Williams recently filed a tort claim notice advising the city that she intends to file a whistleblower complaint against it because, she says, department officials retaliated against her after she reported a now-retired deputy chief’s alleged time card irregularities and also raised the possibility of missing firearms and a stolen scope from a gun buyback program.

She sought the records in preparation for that lawsuit, which, her attorney, Thomas Grover, said Friday “is forthcoming.”

But Williams was forced to file the Inspection of Public Records Act complaint first when the department refused to produce the records, Grover said.

Deputy Chief Ben Valdez referred questions to the city’s legal department, which did not respond to a call seeking comment.

Law enforcement agencies often point to IPRA exemptions that allow them to withhold opinions in personnel files and documents that would reveal confidential sources or the names of people accused but not charged with crimes as justification for not producing records of complaints against officers.

The Santa Fe Reporter has a pending lawsuit against the city over its refusal to release police disciplinary records.

But Grover said the records sought in this case — complaints and their outcomes — are matters of fact, not opinion and don’t fall under the law enforcement records exemption either.

Grover said the city also failed to provide data — including the number of complaints and the number that resulted in investigations — requested by Williams.

He said in addition to the matters of opinion and law enforcement exemptions, the city cited an “as otherwise provided by law” exemption to IPRA for why it didn’t produce all the records Williams requested.

Grover said he’s had no trouble obtaining such records from other law enforcement agencies around the state, but the Santa Fe Police Department is different.

“Santa Fe in some ways treats it as this holy grail,” he said. “Having been a sergeant with the Albuquerque Police Department, I don’t get it. Keeping these records and producing them doesn’t really erode their credibility. In fact it bolsters it. … Concealing them just raises the suspicion that there is some misconduct there they don’t want us to see.”

Williams is asking the District Court to find the city in violation of IPRA, to order the city to release the records she seeks, and to award her an unspecified amount in damages and legal fees to cover the costs associated with bringing the lawsuit.

Let Bernie Madoff, and Many More, Out of Prison