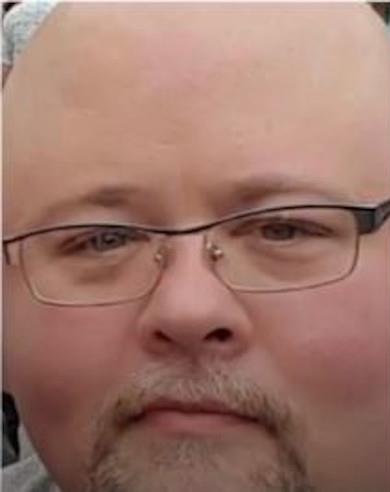 Bellaire Police Officer Gene Grim was fired this past week over a lawsuit filed earlier this month in federal court. The lawsuit filed by Janae Synder on June 8th in the United States District Court for the Southern District of Ohio alleges that Grim blackmailed her for sex repeatedly after finding a crack pipe in her vehicle. The Bellaire Police Department (BPD) placed Grim on unpaid administrative leave shortly after the suit was filed and confirmed yesterday that Grim has in fact been fired.

We have obtained a PDF of the civil complaint filed against Grim and are uploading it with this article (look for the PDF icon above the map above the body of this article). The six page complaint filed by attorney Sterling Gill alleges criminal as well as tortious conduct. Gill argues that during February his client accidentally triggered the alarm on her vehicle. Officer Grim responded by stating his intent to search her vehicle over her objections and without a warrant on the grounds that her criminal record gave him cause to search her vehicle. That was a lie because courts have repeatedly held that officers cannot establish probably cause under the Fourth Amendment based solely on a subject's criminal history. Grim then threatened to take Synder to jail if she did not give him permission to search the vehicle, so she capitulated. During the search a crack pipe was discovered. Instead of arrested Synder for possession of crack cocaine and drug paraphernalia, Grim offered to let her go in exchange for what he called a "quid pro quo" sexual favor in the form of a blow job.

Synder's nightmare did not end there according to Gill. Gill wrote that Grim stopped her at least four times after that and threatened to arrest her for the crack pipe if she did not have sex with him. She capitulated to avoid going to jail, but was able to collect evidence of Grim acting inappropriately. She filmed some of her interactions with him which included him pumping gas into her car. The gas pumping may sound benign at first, but it begs the question of what was this officer was doing with the same person off the record while in uniform over and over again?

Eventually Synder spoke to other women that also told stories of Grim extorting sexual favors from them. She also learned that some of those women had reported Grim to the BPD, but that the department chose not to anything about it. Realizing that he would not stop and that others would surely be victimized as well she filed a lawsuit.

The lawsuit alleges that Grim's conduct constitutes the crime of rape under Ohio Revised Code 2907.02(A)(1)(c) on the grounds that Synder could not legally consent to sex with a uniformed police officer on duty and that threat of arrest amounts to a threat of force capable of rendering anyone's consent under the circumstances involuntary. The suit also alleges deprivation of civil rights under color of state law under 42 U.S.C. 1983 for unconstitutional seizure and excessive force by Officer Grim. The City of Bellaire is also named in the suit on the grounds that city policies amounted to a failure to supervise Grim and as a result he had no reason to fear disciplinary action.

According to public records, Garland Gene Grim worked as a part time officer in the nearby Village of Cadiz in 2016 (https://govsalaries.com/grim-garland-g-42917506). We suspect that to be the same Gene Grim named as a defendant in this case. The likelihood of having two people named Gene Grim working in law enforcement in two small communities so close to each other is quite small. Garland Gene Grim is listed as a 42 year old resident of Smithfield. In 2009 he was charged with menacing by stalking in Belmont County (case number 09 CR B 00307), but the case was dismissed. That same year he was also charged with criminal damage and endangering in Jefferson County (case number 2009CRB00141), but that case was also dismissed. #genegrim #rape #sterlinggill #janaesynder
Published at Sat, 19 Jun 2021 18:25:33 GMT