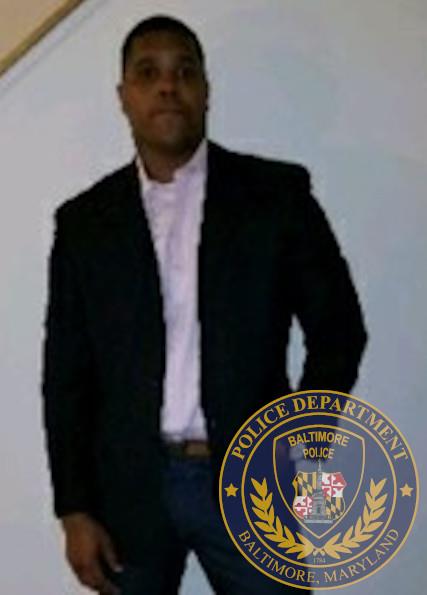 Baltimore Police officer Eric Banks Jr. was arrested a couple days ago after police found the body of his 15 year old stepson hidden in his wall. Dasan Jones was pronounced dead shortly after first responders attempted to revive him. Banks was immediately arrested, but oddly his charges do not include anything for what happened to his stepson, just what he did to officers.

Charges related to Jones' death will likely be announced shortly. The Chief Medical Examiner is expected to perform an autopsy to determine the cause of death in the near future. When the autopsy is completed we expect that Banks will be charged for contributing to Jones' death in some way either directly by killing him himself or indirectly by enabling him to do something dangerous. To be fair, we can't very well accuse Banks of murder before we known the cause of death, but Banks of all people should have realized how guilty trying to cover up the death would make him look. Likewise his reaction to the discovery of the body indicates that he knew that he did something wrong.

Banks is charged with First and Second Degree Assault, Reckless Endangerment, Disarm a Law Officer, Resist/Interfere with Arrest, and Fail to Obey a Lawful order. According to Anne Arundel County Police, Banks assaulted officers and attempted to disarm one of them when the body was discovered. There are also reports of Banks uttering things that could be interpreted as suicidal comments.

According to public records, Eric Glenn Banks Jr. is a 34 year old resident of Stoney Beach, Maryland. His last known address is 1448 Stoney Point Way. We normally don't post home addresses of law enforcement officers, but we make exceptions when we think doing so improves public safety. In this case, Banks is being held in the Jennifer Road Detention Center, but it is possible that he could make bail in the future. If that happens people need to know that the person living at that location was found with a dead body hidden in his wall.

Other information about Banks obtained from publicly available information include his date of birth 6-19-1987, his jail id 1493938, his case number D07CR21007620, and a long list of criminal charges possibly linked to him. Unfortunately, we are not confident as to the accuracy of many of the charges we dug up because we suspect our background check service of getting him confused with someone else in many cases due to him not being old enough to be the defendant in some of them. Due to that lack of confidence we are not listing those charges.