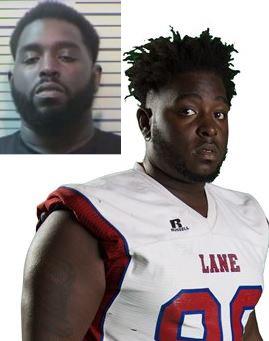 Mobile Metro Jail correctional officer Jimmie Laffitte III was arrested yesterday for promoting prison contraband. No further details were released, so we don't know what the contraband was, but he does not appear to be charged with any other crimes likely to imply that what he promoted were otherwise illegal (ex: illegal drugs).

We looked at the Alabama statute he is charged under for more clues (https://codes.findlaw.com/al/title-13a-criminal-code/al-code-sect-13a-10-38.html) and the definition of contraband is quite broad, "any contraband or thing which the actor knows or should know it is unlawful to introduce or for the inmate to possess." The fact that he is not charged with possession or distribution of a controlled substance implies that the contraband was not a controlled substance. Likewise he is not charged with unlawfully possessing a weapon, so it was likely not a weapon. That narrows it down to stuff like pornography or any other luxury item that is perfectly legal to possess on the outside. Pornography is a good bet since it can easily be hidden with legal work and there is a demand for it. Other possibilities include cell phones which are smuggled into inmates more often than you would think.

We looked up Laffitte and learned that he used to be defensive lineman for the Lane College Dragons during the 2015 (https://golcdragons.com/sports/football/roster/jimmie-laffitte/859) and 2016 seasons (https://golcdragons.com/sports/football/roster/jimmie-laffitte-iii/1042). He should have stayed in school. It is all too common for big boys that drop out of college to find themselves stuck in dead end jobs like being a correctional officer.

According to public records, Jimmie Rashawn Laffitte III is a 25 year old resident of Mobile, Alabama. He is a registered Democrat with no prior criminal record. #jimmielaffitte #lanecollege #contraband
Published at Wed, 21 Jul 2021 20:05:39 GMT