Environmental police fire back at ex-chief who filed whistleblower suit 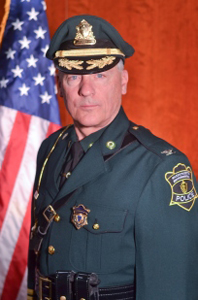 The Environmental Police are firing back at their former leader who filed a whistleblower suit, countering that his complaints about misconduct within the department were not a matter of public concern and were rather simply disagreements over management practices.

Col. James McGinn, a former state trooper and driver for Gov. Charlie Baker, was fired in October 2018 after an investigation alleged he installed cameras to spy on employees and fixed tickets given to former neighbors in 2015.

McGinn, who’s also suing the Executive Office of Energy and Environmental Affairs and former secretary Matthew Beaton, alleged he was fired for refusing to fix speeding tickets for high-ranking staff and disobeying orders to keep a “lid on things” regarding misconduct during the 2018 gubernatorial election.

Attorney David Mackey for the defendants writes because McGinn’s complaints were only made internally to Beaton rather than brought to the public, he did not intend to contribute to public discourse.

“McGinn’s internal complaints to the Secretary about a perceived lack of accountability in the MEP were an attempt to vent about the status quo, rather than an attempt to spark a public
discourse about accountability and efficiency in state agencies,” the suit further states.

McGinn, appointed by Baker to the position in 2015, is seeking a return to his position, along with $1.4 million. A scheduling conference is set for Nov. 25 in U.S. District Court.

Only 42% of DC murder cases were closed after anti-police movement and it could get worse, criminologists say