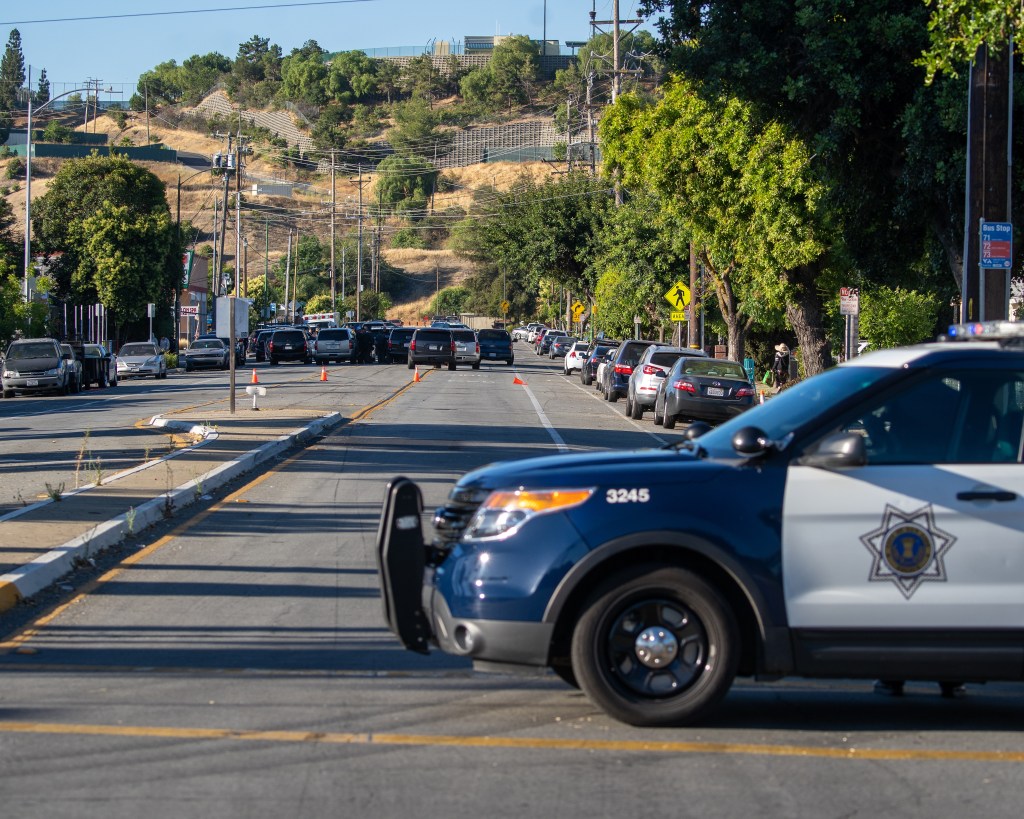 With a strong mandate from voters, San Jose leaders are forging ahead with proposed police reforms that involve wider scrutiny on police misconduct. But their success hinges largely on support from a police union that calls the reforms “a solution in search of a problem.”

A city council committee on Wednesday approved a proposal from Mayor Sam Liccardo and Councilmember Magdalena Carrasco to begin negotiating changes in the police department, chief among them making investigations of police misconduct independent of the San Jose Police Department and modifying the city’s arbitration process — a quicker and cheaper alternative to lawsuits that allow officers to dispute disciplinary actions.

The move to transform the framework in which police misconduct is scrutinized comes just two weeks after more than 77% of San Jose voters passed Measure G. The city measure expands the footprint of the city’s Office of the Independent Police Auditor to include internal police complaints and increase access to use-of-force investigations — conditions that have been in the works for a couple of years and supported by the union and police department.

The measure also allows the city council “to assign other duties to the IPA,” like the reforms being pursued by Liccardo and Carrasco, without returning voters for approval. However, such reforms would still be subject to mandatory negotiations with the police union.

The proposals were outlined in the mayor’s nine-point police reform plan released this summer, but Liccardo acknowledged that it’s not as easy as getting quick approval from his fellow council members. Liccardo said he anticipates pushback from the city’s police union on both issues — modifying the arbitration process and moving investigations of police misconduct from internally at the police department to the IPA.

“If we agreed on everything at this stage then there wouldn’t be any need for negotiation, so we’re going to follow the process, negotiators will sit down to try and understand the need and hopefully find common ground,” the mayor said in an interview Tuesday.

However, based on the police union’s current stance on the proposals, it’s unclear at this point what kind of results the negotiation process will yield.

“This back-end approach will do nothing to prevent or diminish the number of these incidents from happening,” police union president Paul Kelly said, adding that his organization has its own paths to reforms. “We are open to discussing other reasonable ideas that accomplish some tangible improvements to policing and not just checking a box.”

Under the city’s current police contract, arbitrators may issue binding decisions that can reverse disciplinary decisions made by the city’s police chief and city manager. Measure G will allow the city to discuss modifying the arbitration process during the next contract negotiations with the union.

Liccardo said the city may not move to get rid of the arbitration process completely but look for ways to make it more transparent and improve accountability, such as adding a court review.

“Nobody hates a bad cop more than a good cop and when police are fired for unlawfully using force, for racist conduct or other serious transgressions, it undermines the morale of the rank and file who are going to work every day doing their best to protect and serve the public,” Liccardo said. “Obviously it has an impact on public perception as well and the confidence people have in the officers that serve them.”

Kelly questioned whether the issue is a significant problem, citing that an arbitrator oversaw eight disciplinary conflicts over the past decade and sided with the city in five of them.

Outgoing police Chief Eddie Garcia does agree with Liccardo and Carrasco about how the lack of transparency of arbitration proceedings and the public accountability of mediators clouds public perception. He doesn’t quarrel with arbitration rights for officers, but with how secretive decisions can make a police department appear toothless.

“I’m tired of seeing an arbitrator that doesn’t live in my city or county, come in and overturn discipline and not have to stand up to anyone,” he said. “No one knows the jobs police chiefs are doing to hold the line with regards to department discipline. So let’s make it transparent.”

Like Kelly, Garcia opposes the rationale being used to supplant the internal-affairs process, calling it “an optics issue” rather than one of accountability. But he said he is open to a new methodology so long that his officers are treated fairly.

“I don’t care how that process is implemented, it just has to be fair,” Garcia said. “If it’s not fair, officers will simply not be proactive, and communities will pay a price.”

Garcia and Kelly both noted that every year the IPA  — which would take over police misconduct investigations under the proposed framework  — agrees with over 90% of the conclusions of internal-affairs investigations, leading Garcia to assert that “if we say we’re doing something wrong, we’re indicting the IPA’s office as well.”

Kelly argued that auditing an internal-affairs investigation requires different skill sets and qualifications than conducting one.

“So the only reason left for doing this is political and the last thing San Jose needs is political meddling in any investigation,” he said.

Harriet Wolf, a San Jose resident and member of the nonprofit group People Acting in Community Together who advocated for the passage of Measure G, said the proposed changes would “signal that there isn’t any room in our police department for officers who cannot or will not uphold the honor and dignity of the office and show all community members respect and decency.”

Resident Yeme Girma applauded the city for taking an initial step toward increasing public trust and addressing police misconduct but implored city officials to continue pushing for a deeper re-imagining of public safety.

“The overwhelming support for the passage of measure G signifies to me that the days of police reform are over,” Girma said during Wednesday’s meeting. “We need a total foundational transformation of the public safety system.”

Get Morning Report and other email newsletters