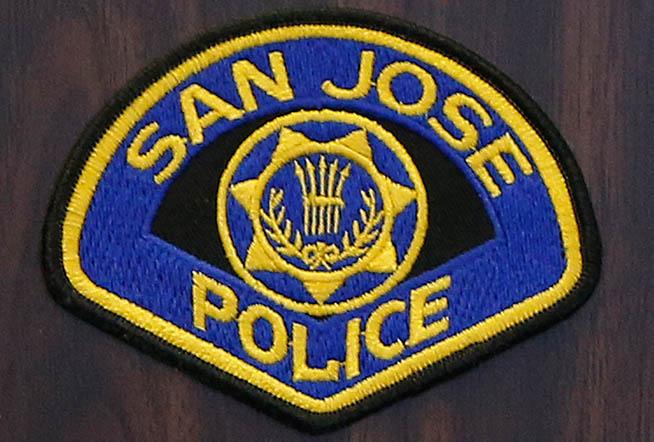 SAN JOSE — In the last four years, two San Jose Police Department officers have been suspended for shooting at moving cars in violation of department policy and a third for failing to prevent a police dog from biting a 2-year-old girl during a search for the child’s uncle, according to newly released records.

In one of the cases, the agency unsuccessfully tried to fire the officer.

The records were released by the police department in accordance with SB 1421, California’s new police-transparency law, which compels the release of police personnel records involving discipline for dishonesty or sexual assault, as well as records about any use of force resulting in serious injury or death.

San Jose police and other large police agencies in the state have been criticized for their slow response to the law. The SJPD has said that the sheer volume of records prompted them to hire extra staff to process and redact the documents. The department said it could not provide all the requested records until October 2023, more than four years after the law went into effect.

The disciplinary records detailed in this story were released a few days after this news organization reported on the 2023 date set by the police department. The records consist primarily of letters informing officers that they were being disciplined, but did not contain the underlying documents that supported the disciplinary actions. Two other sets of records, involving an officer charged with raping a domestic-violence victim, and the Sept. 15, 2017 fatal police shooting of Jacob Dominguez, involved cases that were already known to the public through media reports and the court process.

Police Chief Eddie Garcia declined to comment specifically on the disciplinary records, but said that even though he has concerns about SB 1421, he believes the records will show citizens that his department takes officer misconduct seriously.

“One thing that’s been shrouded in secrecy for so long is how and when we do discipline, and if this does anything for police departments, it shows we discipline our own for wrongdoing,” Garcia said. “We don’t turn a blind eye to it.”

Perhaps the most notable case described in the records is a June 17, 2017 incident involving Officer Ian Hawkley, who was found to have unilaterally initiated a high-speed, high-risk car chase with a suspect. He did  during not notify dispatchers that he was engaging in the pursuit, or activate his police-issued body camera. Before the pursuit ended,  Hawkley opened fire at the car he was chasing, internal affairs investigators concluded.

Five days after the pursuit, police Chief Eddie Garcia sent a letter to Hawkley stating that he was recommending Hawkley “be terminated from your position of police officer,” according to disciplinary records.

Hawkley appealed, and more than a year later, on July 26, 2018, he and the city reached an agreement in which he admitted to misconduct but would keep his job. He served a six-day suspension and completed training related to using force and engaging in vehicle pursuits. Hawkley did not respond to a request for comment for this story.

In another instance of an officer improperly firing at a moving vehicle, Officer Brent Osborn was suspended for two days for a Dec. 1, 2015 encounter involving a man driving a stolen SUV, with two young children as passeners.

The officer tried to conduct a traffic stop on the vehicle near Blossom Hill Road and Almaden Expressway, but the driver, Matthew Paz, sped away and hit several vehicles. At some point, Osborn was reported to have fired several shots into the door of the SUV, grazing Paz in the upper body.

Paz was later arrested, after abandoning his car and running into a nearby Toys R Us store. The children in the SUV, one 3-years-old and the other 5-months-old, were not shot but were treated and released for undisclosed injuries.

The newly released disciplinary records revealed for the first time that Osborn may have put himself at risk — and created a situation that led to his shooting at the car — during the initial traffic stop. Internal affairs investigators found that Osborn violated policy by “positioning (his) police vehicle ‘head-on’ with the occupied stolen vehicle,” and then positioning himself “in the direct path” of the SUV.

Osborn was also found to have violated policy by “firing five rounds from (his) department issued handgun into the side door” of the SUV and wounding the suspect. It was not until two years after the shooting that he was given the two-day suspension. Osborn did not respond to a request for comment.

In another disciplinary action, this one not known to the public, Officer Matthew DeLorenzo was issued a letter of reprimand for a July 14, 2017 incident in which he was part of a team of officers serving an arrest warrant at a home in the 800 block of Bird Avenue. The officers went to the home, looking for a man named Hector Pena in connection with a probation violation.

While the officers were at the home, Pena’s sister and her 22-month-old daughter came out of their room to find out what was going on. The sister was handcuffed, the toddler was handed to another relative, and all three were seated on the couch when DeLorenzo entered the home with a police dog that then bit the child.

The City of San Jose apologized, calling the incident a “real unfortunate,” and announced that it would cover the child’s medical costs.

The child needed six stitches on her back to treat the bite injury. Her mother filed a police complaint, and told reporters afterward that the incident “could have been avoided,” and that “all I want is justice for my daughter.”

This story was produced as part of the California Reporting Project, a collaboration of 40 newsrooms across the state to obtain and report on police misconduct and serious use-of-force records unsealed in 2019.